The Prime Minister has just issued Decision No. 1407/QD-TTg dated August 16, 2021 approving the Project that Vietnam actively prepares and participates in the development of a Global Agreement on Ocean Plastic Pollution. 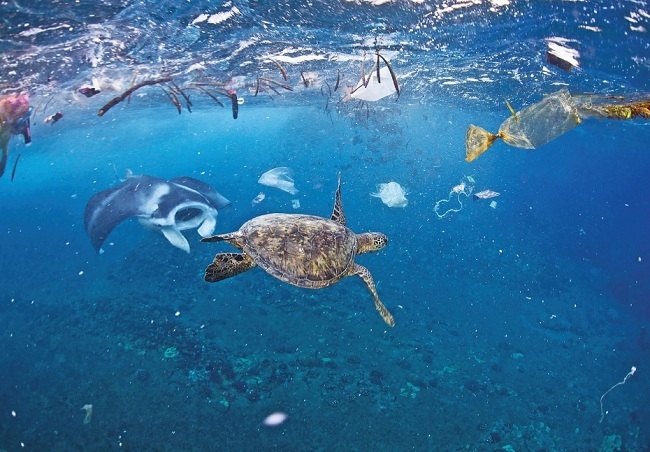 Accordingly, the specific objectives include: Thorough preparation of the capacity of the staff involved in the negotiation and synthesis of information, the establishment of domestic and international databases as a basis for the development of negotiating plans, allocating sufficient financial resources and means for the preparation of negotiations; Establish an effective coordination mechanism between relevant agencies and organizations at the central and local levels, effectively mobilize and use domestic and international resources, knowledge, technology and experience in throughout the process of preparing and participating in the formulation of the Agreement; Strengthen national roles and responsibilities to the region and the world in efforts to tackle ocean plastic pollution, actively contributing to the process of building the Agreement.

The decision also states that the Ministry of Natural Resources and Environment is assigned to assume the prime responsibility and coordinate with relevant agencies in organizing the implementation of the Scheme; develop a national report on ocean plastic waste as a basis for building our stance in the Agreement negotiation. Coordinate with the Ministry of Justice, the Ministry of Foreign Affairs and other agencies to review, synthesize and evaluate domestic legal regulations and international agreements on waste management and ocean plastic waste to prepare for the future participation in the Agreement. Cooperate with the Ministry of Foreign Affairs in organizing training courses on negotiation skills for relevant ministries and branches.

The Ministry of Foreign Affairs shall assume the prime responsibility for, and coordinate with the Ministry of Natural Resources and Environment in, mobilizing countries and international organizations to support our views and contents in which we have interests in the process of building the Agreement.

The Ministries: Agriculture and Rural Development, Transport, Industry and Trade, Planning and Investment, Public Security, National Defense, Information and Communication and relevant agencies and localities are responsible for appointing officials to participate in the implementation of the Scheme; provide information and data on the current status of plastic and plastic waste management in their respective fields.

At the same time, coordinate with the Ministry of Natural Resources and Environment to develop a national report on ocean plastic waste; participate in commenting on contents to build the Agreement according to functions and tasks. Shifting from fossil energy sources to renewable energy is the key direction in Viet Nam’s long-term energy development strategy. Whether it is a common roadmap of the country or each individual sector, Viet Nam is also aiming to ensure sustainable national energy security, ensuring the harmony of interests and towards international goals and commitments on environmental protection and combating climate change. On the afternoon of August 10, in Hanoi, Minister of Natural Resources and Environment Tran Hong Ha had a meeting with Ms. Grete Lochen, Norwegian Ambassador to Viet Nam and Ms. Mette Moglestue – Deputy Ambassador of Norway. Besides promoting cooperation between the Government agencies of Viet Nam and Norway, Minister Tran Hong Ha hoped that the Norwegian Embassy would be a bridge for organizations and businesses of the two countries to have many cooperation programs and exchange more in-depth. News
Experience in developing and perfecting circular economy legislation in some countries around the world and recommendations for Viet Nam News, News, News

After the United Nations’ Sustainable Development Goals (SDGs) were approved in 2015, the transition to a circular economy (CE) model was implemented by many countries, gradually becoming a popular trend globally. From theory to practice, transforming economic models in other countries shows that institutions, with a focus on law, have a large and inclusive role and influence on the implementation process and results. Within the scope of this article, the authors present about the development and improvement of CE legislation in some countries and make some recommendations to develop and improve the law on circular economy in Vietnam.